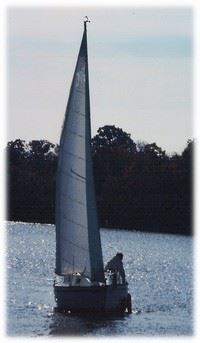 Lake Saint Louis began in 1966 as a private recreational lake community envisioned by developer Mr. R. T. Crow. In June of 1967, the Lake Saint Louis declaration of covenants and restrictions was signed and recorded. For the next 12 years, the sole governing entity in the community was the Community Association. It was not until May of 1975 that the community also became a city under the Revised Statutes of Missouri.

The City is a ‘Tree City, U.S.A.’ community with approximately 16,707 residents calling Lake Saint Louis home. We will continue to grow as both residential and commercial properties are developed.

As a planned community, Lake Saint Louis offers home and business owners some of the finest residential and commercial amenities available anywhere. As our name implies, the City's central features are the two private lakes, owned by members of the Lake Saint Louis Community Association. However, the lakes are just one of the many amenities located in our City.

This information has been designed to give you a sense of the quality of life our residents and businesses enjoy. We encourage you to come and see why so many people have decided to make Lake Saint Louis their home. Lake Saint Louis welcomes you.

In addition to the lakes, there are numerous local attractions including:

In short, Lake Saint Louis offers some of the very best recreational facilities available anywhere in the St. Louis region.

In addition to having one of the best school systems in the state, we have many attractions here in fast growing St. Charles County, including: The Family Arena, minor league baseball and the National Equestrian Center located in Lake Saint Louis.

Also, our area is well served by two major highways, which makes the rest of the St. Louis region very accessible. St. Louis attractions such as Lambert-St. Louis International Airport, Spirit of St. Louis Executive and General Aviation Airport, and Riverport Amphitheater (UMB Pavilion) are all within a 30-minute drive.

Evidence of our City’s planned community environment is demonstrated by the high quality and diversity of our housing, the well-planned residential and commercial areas, and the abundance and variety of our recreational amenities.